new-hampshire.realigro.com is the first worldwide real estate search engine where you can look up listings of homes for sale in New Hampshire

Property for sale in New Hampshire

It borders to the south with Massachusetts, to the west with Vermont, to the east with Maine and the Atlantic Ocean and to the north with the Canadian province of Québec

During your research of property for sale in New Hampshire it is important to know some news.

New Hampshire is famous for its slogan "Live Free or Die" which contains a libertarian philosophy that truly captures the historical resistance of the state to regulation. The state constitution of New Hampshire is the only one to recognize a right of revolution and the only one not to require the establishment of a public school system. There are no laws requiring those who are over 18 to wear seat belts or helmets or motorbike drivers to bring mandatory car insurance. New Hampshire also has no general sales tax and no personal income tax.

New Hampshire is one of the American states of New England characterized by picturesque towns and large wilderness areas. To the north, the White Mountain National Forest is famous for winter sports that can be practiced here and for Mount Washington, the highest peak in the region, with the cog railway up to the top.

Despite being a small state, New Hampshire citizens have a strong impact on national politics, thanks to their participation in the nation's first presidential primaries.

It is a relatively expensive state in which to own real estate and in which looking for a property for sale in New Hampshire . Beyond that, it has the 3rd highest property tax in the nation after New Jersey and Illinois.

The economy of the granite state relies largely on production and tourism, with visitors coming to ski and snowboard in the White Mountains in winter and swim at Lake Winnipesaukee and the beaches along the 13-mile coast of the state in summer.

The 5th smallest state in terms of area, New Hampshire has an estimated population of over 1.3 million people. 94% of residents are white, 2% Hispanic, 2% Asian and 1% black. From an ethnic point of view, the Irish represent the largest assets declared to over 13% of the population, while individuals born abroad represent 5%.

The Capital is Concord but Manchester is a medium-sized city with a population of about 110,506 people and with its 30 constituent neighbourhoods is the largest community in New Hampshire. Manchester real estate prices are well above the average cost compared to domestic prices.

Domestic sales prices increased by 6% during the first two months of 2018 compared to the same period last year.

In the meantime, a report on the real estate market published by the New Hampshire Housing Finance Authority said that sellers have the advantage over buyers so it is the best period for your property for sale in New Hampshire.

The Manchester real estate market has certainly recovered and in fact, the city has come a long way since the recent recession. Property for sale prices in New Hampshire, particularly in Manchester, continue to show encouraging gains. This is almost double the national average.

Surprisingly, the high rates of appreciation over the past 3 years have not made homes too expensive. In fact, the Manchester real estate market is still one of the most convenient in the country. Despite the increase in prices, accessibility is still below the historical average of the area. 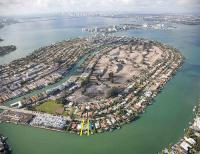 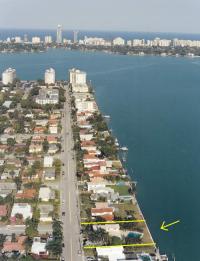 » Show more
Why choose Realigro?
There are many reasons for choosing Realigro. We summarized them in this beautiful infographic
Free
and Premium Services Check out how easy it is to sell or find your home with our Free and Premium services
Professional Services Discover how to increase your business opportunities
Collaboration between Property portals Do you have a property portal with a nationwide focus? Publish your database on Realigro.
Property for sale
» Other
2005-2021 REALIGRO REAL ESTATE LTD. All Rights Reserved - VAT Nr: 893969932
Neikos Digital Agency
BB